By submitting my information, I agree to receive personalized updates and marketing messages about Madeline Edwards based on my information, interests, activities, website visits and device data and in accordance with the Privacy Policy. I understand that I can opt-out at any time by emailing privacypolicy@wmg.com.

Thank you for signing up!
x 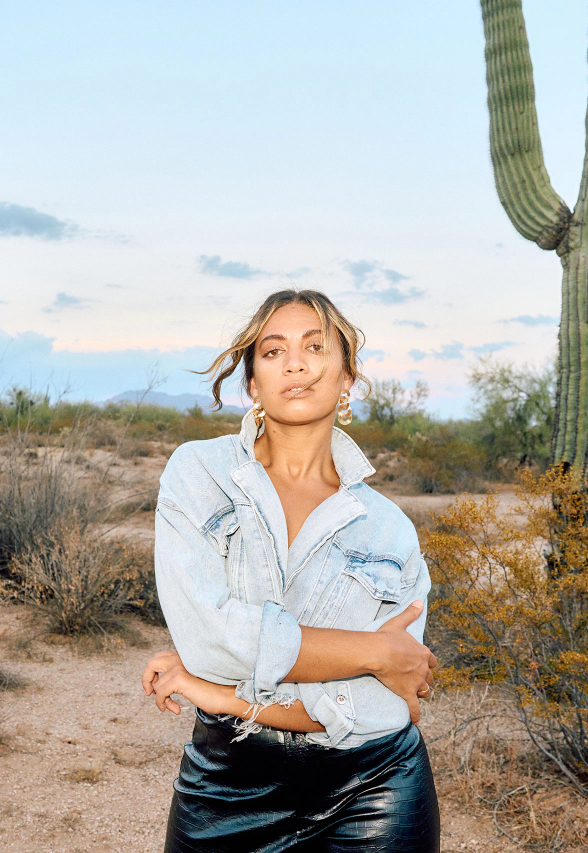 California born and Texas raised, Madeline Edwards has transcended musical boundaries, incorporating her jazz, soul, gospel and country influences into her unique sound “through vulnerability and passion” (NPR). In the last year, she earned accolades as a Spotify “Hot Country Artist to Watch”, an Apple Music “Country Riser”, and a CMT “Next Women of Country”.

Named a Top 20 Breaker artist on NPR, Edwards’ music has over 13M streams to date. Madeline’s forthcoming debut album comes after a remarkable rise, including performances on some of the genre’s biggest stages alongside Country music’s biggest stars. She has performed on Lady Gaga’s Born This Way Tribute Record with The Highwomen, NPR’s Tiny Desk Concert, and most recently she was a special guest on Chris Stapleton’s All-American Road Show Tour this summer. Edwards made her Grand Ole Opry debut this fall, and just last year made her television debut on the 2021 CMA Awards in one of the “best moments of the night” (Billboard).